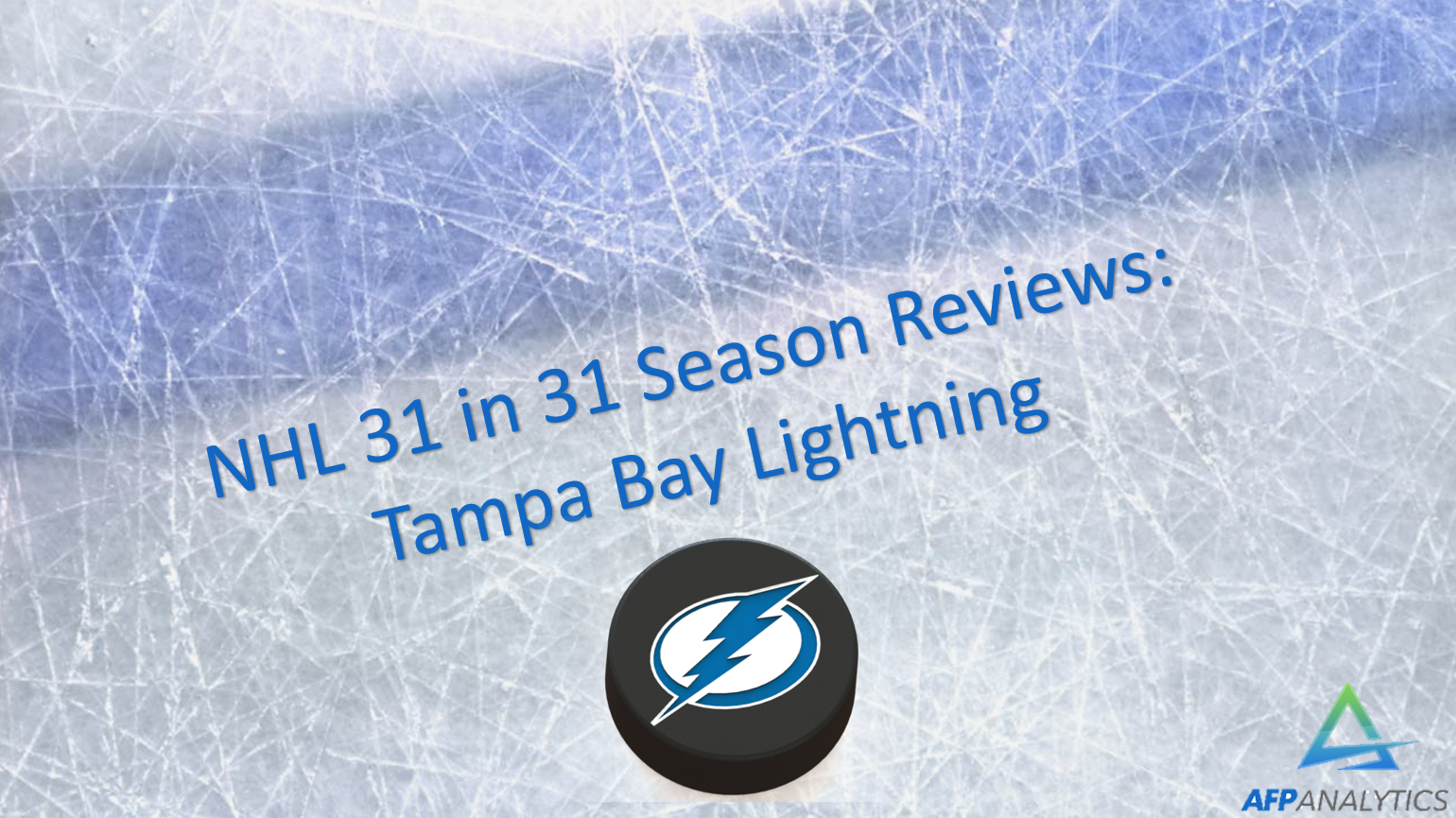 The Tampa Bay Lightning were among the Stanley Cup favorites when the season started, and the team was one of the most exciting teams to watch in all of hockey. The team failed to make the Finals and had to compromise future assets, but the team is still setup for long term success and will surely be listed as a Cup favorite yet again next season.

We will start with the obvious big three in Tampa. Steven Stamkos, Nikita Kucherov and Victor Hedman are the core of the team and some would argue that they are the best core of players in all of hockey. The two forwards have elite speed and skill and Hedman is a stable force on the back end who is more than capable of defending the best forwards in the game. Stamkos returned from his injury and played like his old self. He scored 27 goals and had 59 assists. He was elite in almost every offensive category, but he was most impressive shooting and on the powerplay. Stamkos was the focal point of one of the leagues best power plays and the threat of his one timer opened lanes for other players. While his shot gets all the headlines he was a fantastic passer as well. He was among the best in the league at creating chances for his teammates and his .42 first assists per 20 minutes was a number that was near the very top of the NHL.

Nikita Kucherov emerged as one of the best forwards in the game as he registered 99 points during the 2017-2018 campaign. Frankly, his numbers are jaw dropping he ranked near the top of the league in almost every offensive measure. He is one of the most exciting players to watch with the puck on his stick and the statistics back up his creativity. He makes 11 plays per 20 minutes that generate scoring chances and can control exits out of the defensive zone and entries into the offensive zone more often than almost every other forward in the league. When he enters the zone, there is a 64% chance a successful play is going to follow, he knows how to get the puck to high danger areas and figures to be one of the top point producers in the NHL for the foreseeable future.

Defensively, Victor Hedman was already mentioned, but Mikhail Sergachev deserves to be focused on in this section as well. Everyone knows that Victor Hedman and Anton Stralman are great defenseman but the young blueliner has the potential to join the elite group as well. Sergachev is only 19 years old but he played more than 1000 minutes at even strength and looks like he is one of the best young defensemen in the game. He is most impressive moving the puck and when Tampa has the man advantage. He plays with a maturity that is well beyond his years and he can make almost 5 plays that generate a scoring chance per 20 minutes, a substantial number for a defenseman. He has a quick stick and is willing to block shots. Sergachev looks to be the total package and slots into the top four of one of the leagues best teams before turning 20.

The team was able to take advantage of a New York Ranger team who was looking to clear contracts and acquire younger assets at the trade deadline. The Lightning have one of the best development systems in hockey, so they were able to trade their 2018 first rounder and a 2019 conditional second round pick along with Vladislav Namestnikov and prospects to the Rangers for Ryan McDounagh and J.T Miller. Both players performed well in Tampa but J.T Miller really stuck out to me. He was a point per game player once he arrived in Tampa Bay and his skillset fits perfectly in the Lightning lineup. He brings a heavier game to a team filled with speed and skill, he receives passes in the slots and is great and fighting for rebounds in the front of the net. More than half of his shots come from in the slot and he played great after arriving in Tampa.

I cannot mention the core of the team without mentioning the goaltender, Andrei Vasilevskiy. The 23-year-old was fantastic this season. His 2.30 goals against average was much better than his expected goals against average of 2.69. This means he was making many saves on shots that were expected to be goals. A solid goaltender playing behind such a talented team is a great recipe for success and his youth should setup the team for long term success.

Lastly, young forwards Brayden Point and Yanni Gourde had great seasons. Like Kucherov, Gourde spent plenty of time in Syracuse which is a testament to the development system setup in Tampa Bay. Each of these players along with other prospects figure to slot into the lineup as the years progress.

In short, there really aren’t many specific disappointments for this team. Of course, they fell short of winning the Stanley Cup so the season is not a success but there are few places to assign blame. One player who may have underachieved was Tyler Johnson. After bursting on the scene, he was rewarded with a sizable contract, but his production has stalled to say the least. Johnson only had 50 points this season and was not the elite skater and puck mover the team felt like he would develop into. I envision Johnson recovering pucks and flying in and out of the defensive and offensive zones. However, that was not the case this past season, he only made 14.1 possession driving plays and his entry and exit numbers were not impressive at all. He ranked near the bottom of the league in defensive zone exits and only averaged 4 offensive zone-controlled entries per 20 minutes. Johnson is signed for six more years at $5M per season, that contract could cause problems moving forward if he does not improve a little bit.

The only other specific player I will mention is 33-year-old Braydon Coburn. He has one year left on his contract, but he was not the player the team hoped he would be this past season. His Corsi% was below 50% and the opposing team was expected to score more than Tampa when he was on the ice. For his age, he is a fine player and would be most team’s lineup. However, Tampa Bay is one of the best teams in the league and they very well could be looking to upgrade this offseason.

The Lightning will be in an interesting situation this offseason. They have key free agents and will have about $10M in cap space. The team is fantastic, but perhaps they could use a shakeup. Expectations will be high and taking another run at the cup with the exact same core may be the safe move, but the safe move is not always the right move. JT Miller and Cedric Paquette are both restricted free agents. Teams should always look to lock the player up long term, and I would look to do that for both forwards. Miller looks like a $6M dollar player and Paquette could probably be locked up for about $2M. Paquette is more than likely going to get a bridge deal which will probably come back to bite Tampa but that is a discussion for another day. This would leave the team with roughly $2M left to spend, not exactly the ideal position.

It is no secret that the team is in a win now mode but unfortunately, they will have to let players like Chris Kunitz and Andrej Sustr walk, which really shouldn’t hurt the team too much. If I were in charge I would look to move Tyler Johnson, his value is probably as high as it is going to get and that ap flexibility could open many other options. It will be interesting to see how Tampa handles this offseason. Who could fault Yzerman if he decides to give this group one more shot? If I were running the show I would move one piece for a new weapon just to try to freshen things up and add a new skillset to an already well-rounded team.

Please be sure to check in again tomorrow as we take an in-depth look at the Winnipeg Jets. If you enjoyed this review, please follow us on Twitter, @afpanalytics, and share it with your friends