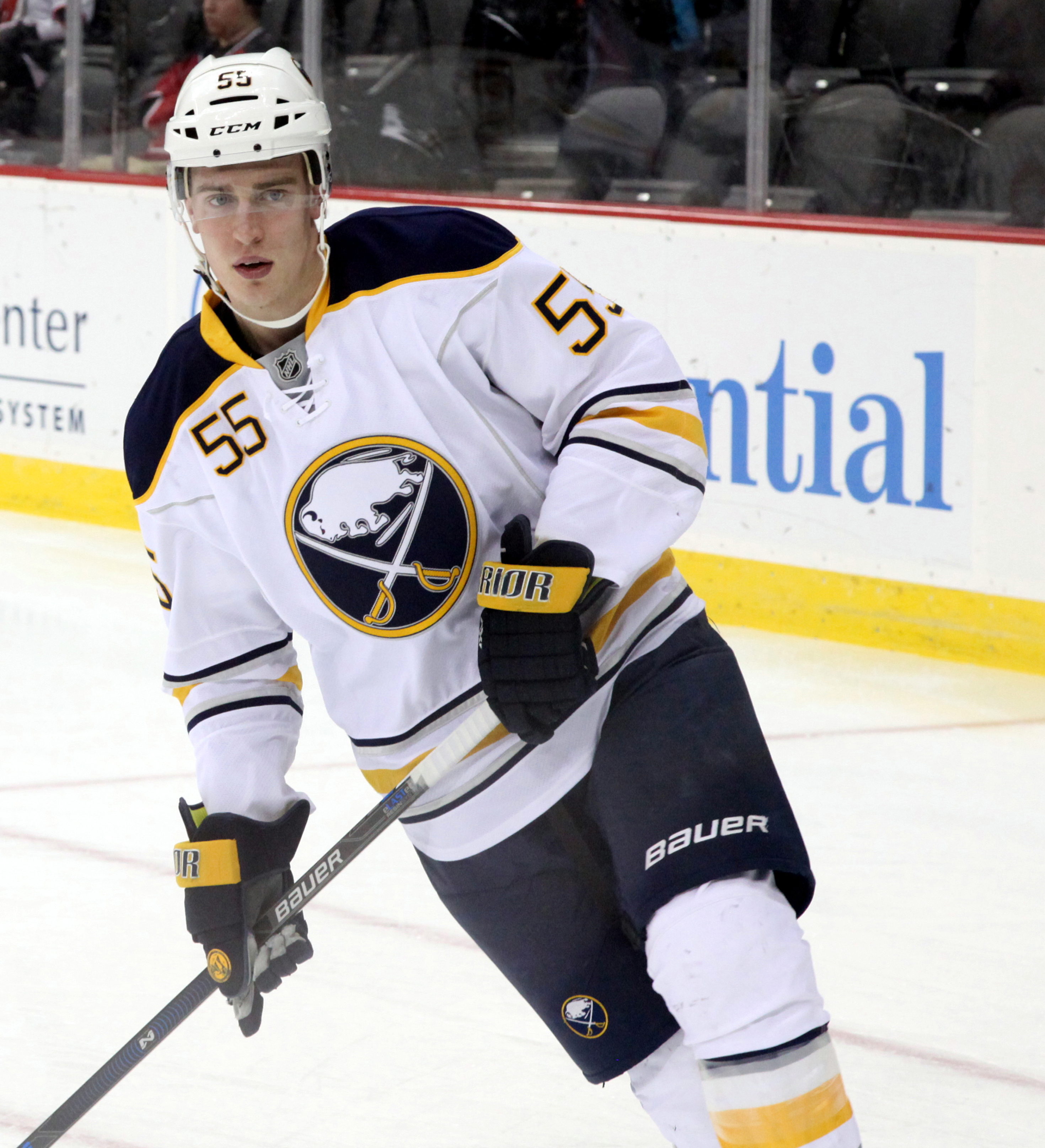 The Buffalo Sabres are hoping to make the playoffs for the first time since 2011 and their game on January 29, 2019 against the Columbus Blue Jackets was as close to a must win as a game in January can be. The team ultimately pulled out a massive win but I saw extremely troubling signs that will likely catch up to the team very quickly.

Going into this game Sabres’ fans were rightfully lighting up Twitter over playing Matt Hunwick and Marco Scandella over Lawrence Pilut. Let’s take a look at the statistics of the defensemen, who have played at least 50 minutes this season, coming into the game.

Since Hunwick hasn’t played many minutes he was excluded from this chart. It should be noted that he would fall below Scandella in Corsi For %. Although Casey Nelson is practicing, he is not healthy enough to play. However, both Pilut and Beaulieu are available to play yet the Sabres voluntarily chose to not play two of their top three defensemen, when looking at the team’s shot metrics when they’re on the ice. I don’t think the Sabres’ problem with their defense is a lack of talent, it is a problem with usage.

When considering solely Rasmus Ristolainen’s numbers, he is not a good defenseman. Even though I am a firm believer in the objectivity of numbers, I do think Ristolainen can be good in the correct situation. That situation is playing as on the team’s second pair with a partner who can make accurate stretch passes to help move the puck out of the zone. This is a skill that Ristolainen severely lacks.

The Sabres have two defensemen on their roster that fit this role, Rasmus Dahlin and Lawrence Pilut. Both have played over 100 minutes with Ristolainen during 5v5 play and one pair has been a disaster and another has been a revelation. Dahlin controls shots at a 52% rate when playing away from Ristolainen but only 45% with him. Pilut is 54% with and 49% away; Ristolainen is 45.5% when not playing with Pilut. Additionally, when playing with Pilut, it seemed Ristolainen was deployed more as a “second-pair” than top pair. When that happened, Zach Bogosian and Dahlin were given the extra minutes, a move that benefits the Sabres greatly as that pair controls shots at a rate of 54%. The warning signs were there going into the game and still persist after the game despite getting a win.

People will scream at me that none of this matters since the Sabres won the game. That is true but if the Sabres continue on this path, it will quickly catch up to them. Just like the warning signs that persisted in the Sabres’ 10 game winning streak that quickly caught up to them, the same will happen again if they continue to make poor lineup decisions.

The Sabres won this game thanks to the efforts of eight skaters, two lines and one defensive pair. The Sabres have heavily relied on their top line so getting an excellent game from a second line was a major boost up front. However, on their blueline the Sabres were consistently getting hemmed in when Dahlin and Bogosian were not on the ice. Let’s take a look at the numbers from the game, starting with the forwards. The numbers are strictly 5v5 and are score adjusted.

The ice time breakdown shows the Skinner-Eichel-Reinhart line was clearly deployed as the top line. Although some of it likely had to do with the coaching staff not wanting to trust the Rodrigues-Mittelstadt-Sheary line protecting the lead late, their status as the fourth line this game is a major demerit on Phil Housley. It was very obvious from watching the game and from their statistics that they were having a tremendous night and probably should have been played more. Conversely, it was pretty apparent that the other two forward lines struggled mightily yet were continuously trotted out over a more successful line.

Let’s think back to the lineup concerns coming into the game. Well, everything we should have known coming into the game, came true. Ristolainen struggled because he wasn’t playing with Pilut and was given the most minutes. Hunwick’s results weren’t terrible, though they were still not ideal, his inclusion in the lineup over Pilut not only is an individual downgrade, but also downgrades the entire blueline. Instead, the Sabres basically had to get results with Bogosian and Dahlin on the ice. The drop in performance from them to everyone else is eye-popping.

Just like the forwards, the deployment of the blueline is head-scratching. It should have been very clear that Bogosian and Dahlin were the top pair for the game yet were closer in minutes to Marco Scandella than Rasmus Ristolainen. Yikes!

For Sabre fans who have been paying attention to some of these numbers over the course of the season, these numbers are likely not surprising. At forward, the Sabres’ second, third, and fourth lines have been very interchangeable, with one line being stronger one game and weaker the next; I wouldn’t draw too many conclusions on the forwards outside of questioning the coaching staff’s deployment in this given game.

However, the Sabres’ blueline once again followed a similar trend to what they have all season. This is where the fans should be concerned. Although we would always prefer to see a greater sample size, there is enough (outside of Matt Hunwick) to realize that playing Ristolainen with anyone but Pilut is an issue and that Dahlin and Bogosian should be the Sabres’ top pair. As far as the third pair goes, Casey Nelson should be inserted back into the lineup once healthy but until then, fans should be ok experimenting with McCabe, Scandella, Beaulieu, and Hunwick on the bottom pair, with the only caveat being Beaulieu should not play the right side.

Overall, it might seem inconsequential, especially considering the Sabres won this game. However, the team needs to squeak as many points as it can out of their current roster and the continuous lineup mistakes by the coaching staff and their support staff will catch up to them and will likely be the difference between making and missing the playoffs.

All statistics courtesy of Naturalstattrick.com