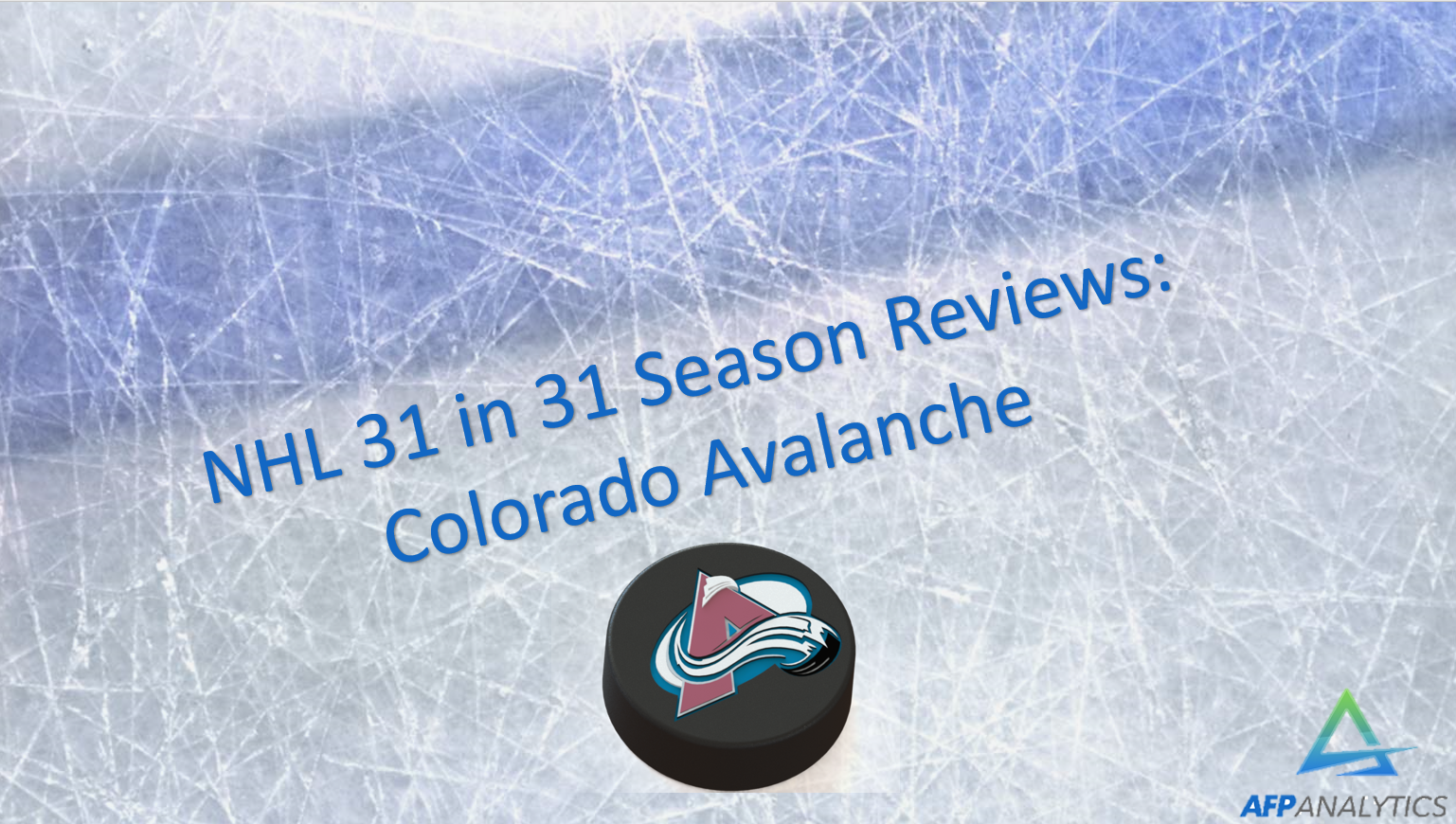 The Colorado Avalanche were able to do the impossible this past season. The team was able to make the jump from being the worst team in the league to making the playoffs. Ultimately Nashville was the superior team but even making the playoffs was a huge victory for the Avs. The team has a young core and should be a team to watch for many years to come.

The Avalanche have a group of young forwards that some people would consider the best group of young talent in the entire league. First and foremost, Nathan Mackinnon has developed into one of the best players in hockey. His speed and skill make him a tremendous weapon for Colorado. He had 97 points, 64 came at even strength and his advanced statistics were great as well. The team had a Corsi% of 47.59% but Mackinnon had an individual Coris% of 50.9%. The fact that he is an offensive minded player yet his Corsi is well above the team average shows that he is a well-rounded talent. A deeper dive into his analytics illustrates just how special Mackinnon is. He makes 10.6 plays per 20 minutes that generate scoring chances, he makes 24 possession driving plays per 20 minutes and controls 7.56 entries into the offensive zone. In short, the Avalanche offense revolves around Mackinnon and he is more than capable of handling the load thanks to his elite skating and vision.

While Mackinnon may get most of the spotlight there are other young forwards in Colorado who are on a great path of development. Miko Rantanen and JT Compher are ages 21 and 23 and figure to be a part of the Avs long term plans. Let’s start with Rantanen. He was a powerplay specialist who was more than a point per game player. He had 84 points, 35 of which occurred while the Avalanche had the man advantage. When looking at his statistics there is not necessarily one number that jumps out as elite, instead he is above average in almost everything he does. His true shooting percentage of 7.7% was relatively high but it is a testament to his offensive zone play. He is a skilled beneficiary of the talent around him and there is nothing in his numbers that suggest he will slow down anytime soon. JT Compher is the prototype bottom six forward in today’s game. He has scoring touch, scoring 13 goals. In fact, his expected goals for per 20 was .26 but his actual was only .14, so look for Compher to possibly score 20 in 2019.

We cannot write about the Avalanche without mentioning their veteran captain Gabriel Landeskog. Yes, he is only 25 years old but in Colorado he is considered a veteran and a leader. He frequently played against top competition and is one of the best two-way players in the conference. Landeskog recovers 9 loose pucks in his own end per 20 minutes and thanks to his elite vision and passing he can clear the zone, surely some of those plays contribute to his 19.4 possession driving plays per 20 minutes. He is also already signed to a long-term deal with a reasonable cap hit of $5.6M.

On the defensive end the Avalanche have two defensemen in which the team knows what they can expect. Tyson Barrie and Erik Johnson are veteran options on the blueline and they performed right around their expectations. Samuel Girard was acquired from Nashville in the Matt Duchene trade. Nashville has a surplus of defenseman, so Girard was expendable, but he is only 20 years old and was the definite bright spot on defense for the Avs. He is a tremendous skater who can make possession driving plays thanks to his speed and agility. While his Corsi% is only 46.9% it would be unfair to bury the 20-year-old for that. He will have to take his lumps like any young player, but his offensive mindedness and skating ability make him the perfect fit for the modern-day NHL and the Avalanche organization must be excited about the trade and the talent they acquired in Girard.

It is difficult to come up with disappointments for a team that went from one of the worst teams in the history of hockey to a playoff team, so I will use this section to explain why a team like Nashville is stillc ahead of the Avs. First and foremost, experience had to play a role, the playoff exposure will only help the team moving forward.

If there was one thing to complain about it would be the overall defensive structure of the team. While there might not be one specific player or contract to complain about defensively the Avalanche did allow too many high danger chances and did not possess the puck often enough. Their team Corsi ranked 26th in the league, just ahead of a handful of non-playoff teams like the Canucks, Islanders and Senators. It is no secret the team generated chances off the rush, but the team could have been over reliant on that which led to a lack of possession time and, in turn, the allowance of many high danger chances. As the young forwards age and develop they could become more responsible in their own end and the team Corsi% could improve.

Semyon Varlamov is a fine goaltender, perhaps he makes a little too much money, but the player is never at fault for that. Unfortunately, he has had a tough time staying healthy in Colorado. He only started 47 games this past season. When he played he was more than serviceable, registering a 92.9% save percentage and an 83.1% inner slot save percentage. He was also the teams’ best penalty killer, his 90.8% save percentage while shorthanded ranks among the best in the league. It would be unfair to Varlamov to call his season a disappointment but the Avs must be hopeful he will stay healthy in 2019.

It is difficult to say what the Avalanche should do this offseason. Traditionally the team does not spend to the cap and they will enter the offseason with just more than $23M in cap space. Blake Comeau is the biggest name that will be a UFA up front. He made $2.4M in 2017 and could probably be brought back at a comparable price if the team chooses to do so. Nial Yakupov and Gabriel Bourque are the other two forwards that the team will have to decide on resigning. The team is also set on the back end, Patrick Nemeth and Duncan Siemens are the only two players who will be RFA’s. The defense is the weaker part of this team, so it will be interesting to see what the Avalanche decide to do. Signing a backup goaltender will also be a priority but there are always plenty of available goalies on the market.

The team is probably one forward away from being able to make a Seth Jones for Ryan Johansson type deal, especially after they traded Matt Duchene. Samuel Girard was a great acquisition, but the team could use a 24-26-year-old top 4 defenseman. Of course, those types of players do not typically come available in free agency, so it will be a challenge to find one. The team could hope that Girard and a player like Zadorov develop into two players that could be slotted in the top four.

Moving forward Girard and Rantanen will be players that will demand large contracts and the Avalanche will have the space to pay. However, the Avs may become a cap team because they have other players like JT Compher and Tyson Jost who could command money as well. Also, if the team continues to contend and does not spend to the cap the front office could start to feel the pressure to spend and use as much of the cap as possible. Either way, the Avalanche figure to be an exciting team to watch moving forward.

Please be sure to check in again tomorrow as we take an in-depth look at the New Jersey Devils. If you enjoyed this review, please follow us on Twitter, @afpanalytics, and share it with your friends!