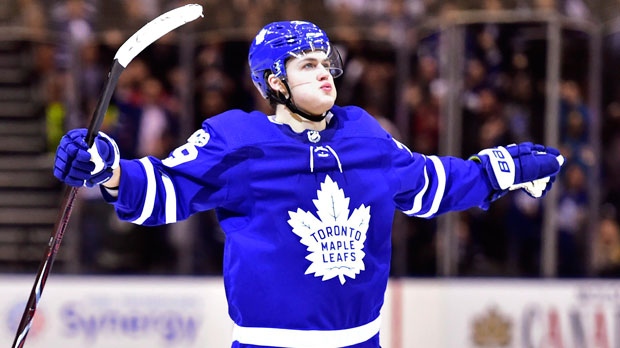 James Mirtle recently wrote a piece for The Athletic where he discussed the Toronto Maple Leafs’ options with William Nylander. The article can be found here

I am a subscriber (and I think others should subscribe as well) so I don’t know if the piece can be read by non-subscribers. I will provide a very quick summary of the discussion. The Leafs basically have two options, sign Nylander to a long-term contract or a short-term contract, commonly referred to as a bridge deal. Mirtle went through a tremendous breakdown of determining an approximate value for a long-term versus short-term contract. He ultimately concluded that the team would be best off signing Nylander to a long-term contract. I agree with this assessment (though differ in how many years) and I wanted to write a short discussion of why that is correct.

I have a background in finance so my mind is always coming back to the bottom line. It is my belief that a hockey team’s goal when managing their salary cap is to minimize the total cap hit in today’s dollars. In the finance world, there is a belief that a dollar today is worth more than a dollar in the future because that dollar can be invested or the price of goods will increase due to inflation in the future.

For those unfamiliar with this concept, think of it this way. Today, I have one dollar in my pocket. When I go to the store, I see a chocolate bar costs one dollar. I could also invest that dollar in something that pays 10% every year. Therefore, my dollar would be worth $1.10 next year, $1.21 the next, etc. Let’s assume I didn’t buy that chocolate bar and didn’t invest that dollar. Let’s fast forward five years in the future. I am back at the same store and that same chocolate bar is $1.16 due to the price rising at the rate of inflation (~3%). That dollar bill I kept in my wallet can no longer buy that chocolate bar!

You can also reverse the idea and say, if I know I want a chocolate bar in five years, what should I spend today to make it worth it? If I know in five years the chocolate bar will cost $1.16 and from today till then inflation will be ~3%, we can convert the future dollars into today’s dollars. If you’ve been reading up to this point, you will know that the breakeven point would be $1 in today’s dollar. This means if I see a chocolate bar selling for $.99 I should, in theory, buy it and save it for five years from now when I know I will want it and will have to spend $1.16 because I will have saved $.01 on the bar! That $.01 saved seems insignificant but think about what would happen if instead of talking about $1, you are talking about $1M dollars. You now saved $10,000. If the idea still unclear, I suggest doing a little more research or take me at my word.

Now that we understand the concept (or are just going to trust that I am correct), let’s get back why this matters in hockey. The goal of any team should be to minimize the impact of a contract in today’s dollars. I think too many times teams fail to recognize that they are voluntarily sacrificing cap space, in terms of present value, for minimal immediate cap relief. This is what happens nearly every time a team signs a player to a bridge contract, followed by a long-term contract. I’m not going to say what I am about to discuss is an absolute but the pure math suggests it should be the case. Today, I am just going to look at William Nylander and do a very quick analysis but later during the summer I will dive much deeper into this analysis.

For this discussion, I am solely going to go off of Mirtle’s numbers. He concludes that a long-term contract for Nylander should be around $49M/7 years. He also suggests if they go the bridge contract route, it could be for $10M/2 years. To do an apples to apples comparison, I then assumed Nylander would sign a five year contract after the bridge to keep him with the team for the same seven yeats. I also looked at the numbers if total length was eight years opposed to seven. I kept the same long-term and bridge deal AAV. For reference, Nylander would be 30 years old at the end of an eight-year contract.

Let’s look at the numbers. I used a discount rate of 4.59%, which was the average cap increase since the lockout. The charts show different contract lengths and for the bridge contracts show the future cap hit that would cause the bridge contract and long-term contract to break even. A future cap hit lower than the number shown, means the Maple Leafs would save money while anything above means the team would spend more money, in terms of present value.

I would favor going eight years. Here are those numbers:

As you can see, regardless of the contract lengths, the long-term contract immediately should result in cap savings for the Leafs’ in today’s dollars. The way I look at it, Nylander would have to regress for the Leafs to actually save money in today’s dollars, if they go the bridge deal option. If the bet is for the player to regress, then the team should be looking to trade Nylander because betting on that makes zero sense. I favor the eight-year contract because it keeps Nylander until he turns 30 and then the team can freely walk away at the point where the team is likely to start to see significant regression.

I want to reiterate there are other factors at play and this analysis can’t take place in a vacuum. The team will be committing significant dollars to Matthews and Marner, that will kick in next offseason. However, that could incentivize the team going big right away because they can’t afford to pay significantly more after a bridge contract. The 2019-2020 season could be a little pain, especially with the Marleau contract still on the books, but the one season pain would likely be offset by the long-term gain. The other consideration is will Nylander get complacent if he gets the long-term deal. With no intimate knowledge of the team, I will avoid speculating but it certainly has to be considered.

Overall, Mirtle’s conclusion of the smart move for the Leafs would be a long-term Nylander deal is confirmed through a relatively simple time value of money calculation. If you enjoyed this discussion, please follow us on Twitter, @afpanalytics, as we produce more content like this. I will be doing an even more in-depth analysis regarding this concept this summer but wanted to get this up and out as it is current.